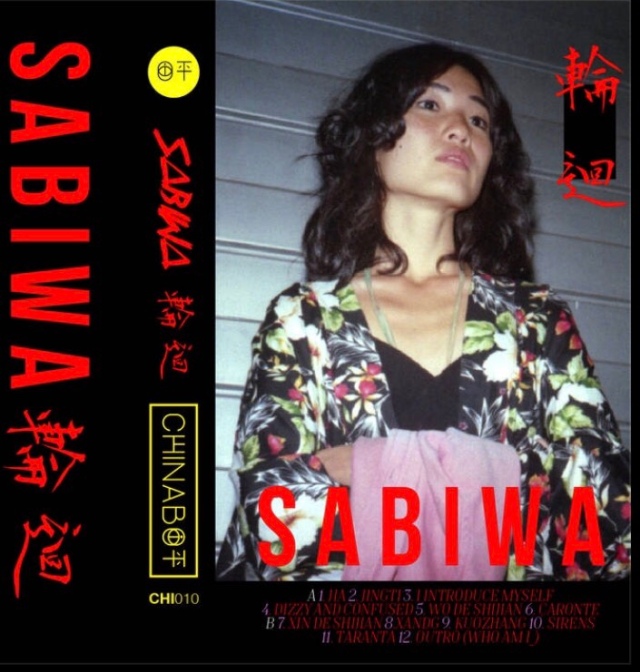 Okay, we have to talk. Or no, let me refrain this; I have to pen up and you just read and accept it for what it is: a little praise for a fantastic album. Yes, you have read it well; a fantastic album. It’s done and created by a artist named Sabiwa who order us not to make any sound ourself and instead listen to her big banging beats, mythologically impressive sounds and futuristic ambiences. She is right, first of all because it sounds so massive that your own sounds would just fade away into nothing, but second of all; it’s just to impressive to be chatted through.

All these goodies on this album seem to be smeared into each other, like good ideas that had become real things in reality. Odd things at many first sights indeed, but when you are silent and take it for what it is you might easily come to the conclusion that it all works & not only does it work it works out so damn nicely. I love how she explains herself, introducing herself as a jellyfish, her struggles as a jellyfish and her life journey into the transitional situation of being a human with arms and hands that worked so hard to make the creation of this album possible.

You might in fact say that this album had come from a long way, channeled through reincarnations to technological equipment all the way to the ears of heartily recipients that are ready to hear something else than what the average radio station wants you to hear for breakfast. It’s like a journey, a story no Disney channel has the rights for or could even imagine to exist. With rhythmic sessions and atmospheric sessions that goes far beyond human imagination and yet goes so well into the brain that it made me want to dance while utterly being inspired by a soundtrack of exotic tranquility. It’s the sound of past, future & present; of imagination, fairytales, Robotic androids with make up on. It’s all hard to explain, probably a journey that would be different for everyone that attends it, but that’s what is so attractive to it.

It’s like going into a experimental movie in which you won’t know what to expect in any scene, only know that you know that you will enjoy it through all its oddball ways of inspirational entertainment. Every chapter makes sense, is exciting and full of detail that makes you want to shout out to your neighbors next door to come in and ‘hear this stuff!’. It’s so much better than the stuff Hollywood comes up with, so much more visually intense; when she whispers in your ear that you are not afraid you have no hair on your head that disbelieves it.

From sampled Dolby surround wetness to big banging bass to eccentric shiver inducing electronic beats; it’s all there to bring impressive storytelling to unexpected listeners. My ears even danced with music that seemed to dip in avant techno jazz, something of ritualistic unfamiliarity that will easily hook up to your inner senses and fulfill it with outstanding musical performances. I don’t know what to say other than this is one of the best audio movies without the actual movie, a soundtrack that kept me on my thoughtful toes, spread a entire bunch of successful ideas and made my hope for me to be one day be reincarnated as a such a talented producer like Sabiwa! get this great album over here:
https://chinabot.bandcamp.com/album/sabiwa
<KN>