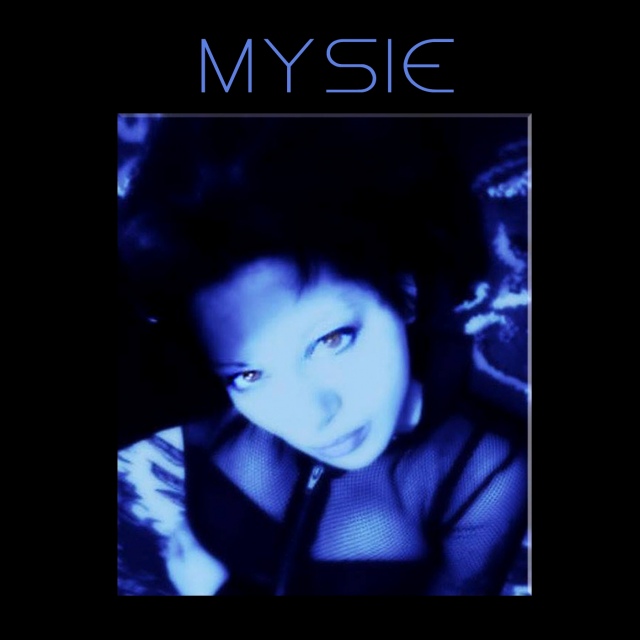 Hold on! Forget the upper ground of music as Mysie is here with a amazing sounding release, music to dance on and feel enlighten by in a dark way! It’s absolutely free – a thing that might have blown my mind and probably will blow yours too! With synthesizer greatness, amazing vocals and beats that will shake any dark electro synth pop lover to its core! In fact it made me question if this album was really free and not uploaded on the archive website by mistake! It’s one of those albums that are a must have, must hear and needs to be loved and cherished – forever! A great gift to anyone who loves the underground and want it to be ruled with great sounding music!

The world of Mysie is quite intense, you’ll notice it straight away when you roll into her industrial opening track named ‘connector’, one in which stark coldness meets up with feverish hotness in which she sings passionately big like a ruling queen of dark machinery. There are synths that rule the audio waves like an evil spirit and steel kicks that don’t tip toe, but step over you like a determent cat with boots on; angry and mysterious, yet ultra cool & not to me missed! In fact you would be really strange not to plunge yourself into this free album!

You would miss out on ‘the stranger’ which would be a real damn shame as here Mysie comes across like a mistress of music that feels good and strong, like a poisonous pop song that has those baselines and words to become an actual hit among deranged pop kids and mystique goths, the good kind of crowd that do like and respect to hear ‘a tune’ so once in a while! The catchiness will take you by surprise, it did it to me as if my ears had been the horns of a Minotaur and she lassoed her music hooks around them to expose them to some really great music! Quirkiness; yes! Awesomeness; double yes!

Also ‘interference’ had all the right things going on to make that day in the park listening to Ladytron’s Ladytron into a forgetful one. Here Mysie delivers again absolute reasons to be thrilled and excited! Her brand of gothic synthpop just had everything that you could possible wish for! The right set of tones, the perfect sounds of strength, the synthesizer lines of melodic construction and the voice that howls like a strong personality whose name should be one made legendary in the books of underground legends! This album is kicking butt so hard that you might not be able to sit in days!

Her voice in ‘Notice’ really shows true power, barely dressed and super strong in a sensible passionate way she overrules the synthesizer greatness and their danceable kicks with a broken heart full of love! All these tunes go in like an unforgettable experience, Mysie’s Mysie should be the album that would wipe out all commercial released music once and for all, or simply would make them go back to the drawing board with some kind of shame as these tracks on this free album are all killer! Each and every single one of them are of a mind blowing quality, full strength and potential hit quality! If you don’t download, or at least acknowledge the greatness of this album you are simply said a complete idiot! you dont want this album? you bloody need it!

Mysie’s Mysie brings back synth pop as it should be! I still can’t believe it’s free; because it sounds like a million bucks! Check it out and get it now: no lie; this is awesome!
https://archive.org/details/mysie-album
<KN>