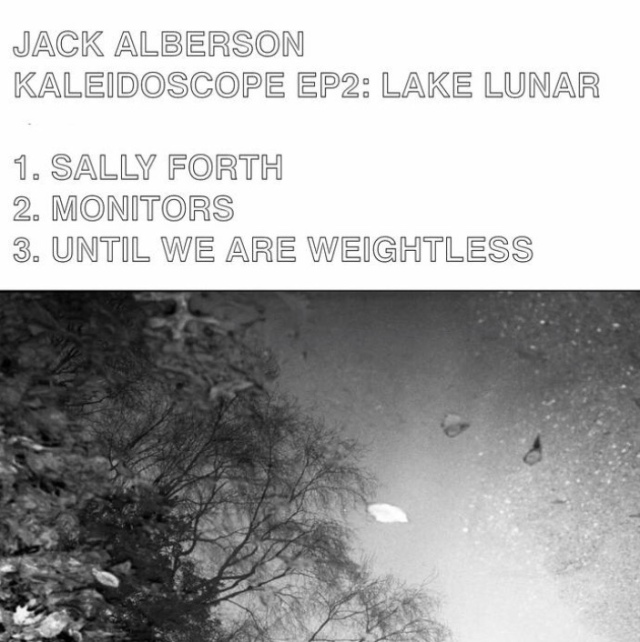 First thing that comes into my mind when I heard this EP was how charming it all was. You might not know or recognise charm when you stand in front of it, but as soon as you click ‘play’ it’s basically all around you. It’s the music by Jack Alberson but also his words and voice expressing himself over here that fill in these shoes of utter charm. Making me think that they should place this artist’s name in the dictionary next to ‘charming’.

When you hear the little petite cute sounding sound details nicely implanted to act like the icing on the cake, you might be so emerged by it all that you might think to yourself that you had never heard such charming music, or heard about such a charming musician in your life before at al.. that’s quite amazing as you wouldn’t think that charm would be an main ingredient in a artist’s output; but Jack Alberson’s EP is simply all about it.

When this charming artist sings the dramatic line ‘I hope I never see you again’ in such a believable meaningful way in the first track of this EP, I personally feel absolutely sorry for the person who he doesn’t want to see anymore, as geez this person will have to miss out! What an honour it must have been to have met Jack Alberson in real life. To be in his presence, to be in jack’s surroundings and see him play, sing or produce his works. Who on earth would throw such a thing away?

It is of course an honour if he would ever create a song about you, but if the lyrics contain that he doesn’t want to see you anymore, I can gladly say that I would cover my head deeply into a sad shame… you (whoever this song was about) must have done really something to our instantly beloved charmer over here, as Jack Alberson simply doesn’t come across as someone who does something just for the sake of it. He is just so charming!

His songs are so strong, so thrilling and touchable that you just know he means every word and every sound of it. A constructive beat ties it all together, creating the powerful sadness into slow rated pop songs that anyone with a sense of timing could perfectly try to ‘hey’ along with.

It’s fun to think how crazily catchy the first song on the EP is, as even though it’s nothing like what the kids of the nowadays are getting served commercially (fluff that lacks realism and actual content) but it does have the power to make you sing along at first listen. And let me tell you what; it is really charming when you sing along with Jack Alberson… it makes me utterly pleased in fact to hear your voice and the one of Jack singing together..

You never get turned on again’ is another dramatic line as sung by our charming artist. He drops it in another wonder of truthfulness named ‘monitors’ I can’t believe how I’m charmed by all of it. The sweet gentle sounds, the electric beat, the style of an open hearted expressionist that doesn’t avoid being real and open. It all helps to deliver the ultimate charming experience in music form. One that ends with the very lovable sound and feel of ‘until we are all weightless’ which might just be an favourite among the three tracks, as it’s simply an feel good dreamer that drops no beats, but instead goes for a heart warming charming dream sensation. It honours its title and feels like the best warmest gentle touch that only s true gentle person would be able to create. So yes, conclusion? Charming, charming & charming! In fact there might be very few things out there as charming as this:
https://migrainerobotsounds.bandcamp.com/album/kaleidoscope-ep2-lake-lunar
<KN>