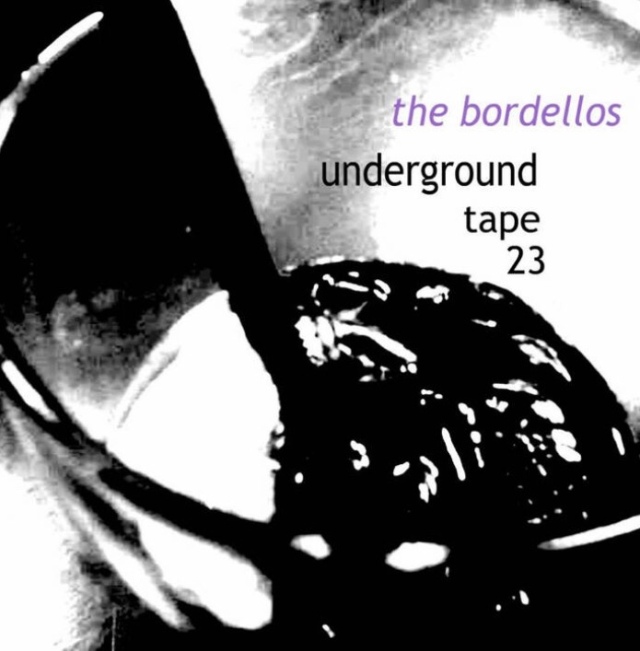 The Bordellos, as controversial as they are keep being consistently consistent into delivering free underground tapes. In fact they are so rebellious that these tapes are even too underground to be actual tapes, but they certainly have the allure of finding a dusty cassette, placing it in your dodgy tape cassette deck and discovering each and every time a new set of emotional or social commentary in expressive music and song form. Today we listen to underground tape 23 to celebrate the whole phenomenon. It starts with ‘Sweetest Hangover’ in which the charming voice shows his sensitive side to feed the romantic minds of the Bordello fan base. It’s the solo version, so I expect there to be a version floating around recorded with an entire orchestra, especially violins, maybe even a cello. As a stripped down solo, the actual words of the song aren’t dressed in camouflage, are all exposed out in the open.

Contrary to the what you might want to believe; this charming song doesn’t seem to go about the daily happenings of the life of an alcoholic; but it’s about love, about enjoying the moment and when it’s all over still finding comfort in the sweet memories… that could have sound like a cheese fest if it was performed by anyone else, but with The Bordellos sincerity and going face to face to express things as they are feels always real and human; making this short song into one that can be felt in the heart & even might be a reason to drop a tear or two. Let’s hope it’s a sweet tear and not a salty one!

Talking about The Bordellos always being true to themselves, not hiding in a wealth of nonsensical songs but truly expressing opinion or theories, diary notes in music and song form; it’s easy to take in that ‘Did The Bastards At the BBC Kill John Peel?’ is an actual thought of The Bordellos and a homage to John Peel at the same time. In fact it feels as if it’s The Bordellos’s Psychic TV – Godstar. Both songs are passionately dedicated to their dead musical heroes and both have great catchy sing along appeal. Probably both would not be played by the BBC, but who knows? The catchiness is simply so irresistible that its as good as impossible to not sing or clap along, making the statement only stronger and utterly believable.

The grittiness of the recording of the next song ‘Hop To it Bunny Girl’ makes the sound as warm as a crackling appealing fire in a fireplace. The whole recording is pleasantly fuzzy and the song itself feels like an light weight raw expression of a punk that had gone into the wrong venue, being surprised as there a bunny girl hops around to become some kind of version of light entertainment. Of course the Bordellos treat this happening with respect, but do not forget to note it down into the song book and indeed realising it into another lucrative must hear gem on the fantasy tape. At the end there is ‘Straight Outta Southport’ in which The Bordellos seem to scratch the surface of a picturesque picture of England. One that I’m as a foreigner are probably alien with, but can obviously witness the symphonic charm of it all. It’s a lovely place of gone Glory, in which romantic hearts still beat the bush & lone rangers live in memories of good old times.

All in all it’s another lovely segment of heartfelt music that has nothing to hide, raw and honest exposing whatever lays on The Bordellos mind & strangely it reveals more and more loveliness, even though some gatekeepers at the commercial radio shows probably hoped to find out dirt and psychopathic tendencies! Not because they would play that, but just to find a righteous thing to defend them blocking The Bordellos the righteous success that they so much deserve for being honest and caring!
https://bordellos.bandcamp.com/album/the-bordellos-underground-tape-23
<KN>