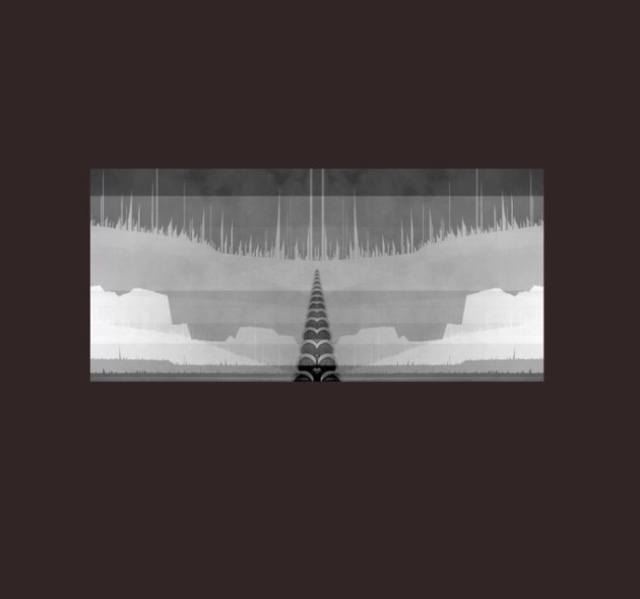 I couldn’t sleep and pretty much bored of counting sheep. Luckily Alan Morse Davies popped up at the right moment with a solution: counting goats. As I counted the goats Alan Morse Davies brought a whole bunch of public domain records to compliment the dream world that I had finally reached. The goats had paraded by and jumped over a random fence quite successfully and now I was in a deep sleep enjoying the music selection of the past as presented, mixed and breath new life into it by Alan Morse Davies.

In my dream he stood behind a deejay desk, but instead of mixing and matching the usual beat orientated stompers into each other, he would spin the historic round sound of forgotten history, glueing them gradually like a collage of ghosts from the beautiful past, they all got to rediscover a brand new life thanks to the researched efforts and musicology by this respectable underground individual. He played it in my dream as if it was a holy session in which church-like times had met up with jolly folk, hymns of a church and opera sensations. The added layers of dust and crackles from the decay of times helped to make the sensation more cosier than when these originals had roamed the earth before.

In my dream Alan Morse Davies was the super star, the master deejay of ceremonies that had conquered the world of the future by a brand new way of mixing. I wasn’t the only one there enjoying his skills, in fact a lot of people where there in a futuristic looking club, one in which the dance floor was now filled up with pillows and soft mattresses all occupied by lovely listeners rolled up in foetus position as a sign of appreciation and possible acknowledging the sounds of rebirth in style. Euphorically feeding new life into the forgotten bits of culture but also into the crowd that probably like me, also had been invited by the deejay himself to count goats instead of sheep.

Together as we all laid there enjoying the togetherness of these sounds, the euphoric calming singing and the layers of hiss of the golden times, a collective new appreciation for these forgotten bits of history seemed to fall all over us. The master of ceremonies, our lord of the goats and passionate music researcher Alan Morse Davies had brought us all here in this dream in which religious anthems are placed out of context and had been placed in a bath filled up with nostalgia and human weirdness & we all confirmed that we had the best rested night ever! Thanks Alan Morse Davies & thank you forgotten records and all the goats!
https://submarinebroadcastingco.bandcamp.com/album/hymns
<KN>