Dr. Something – The Transit Suite 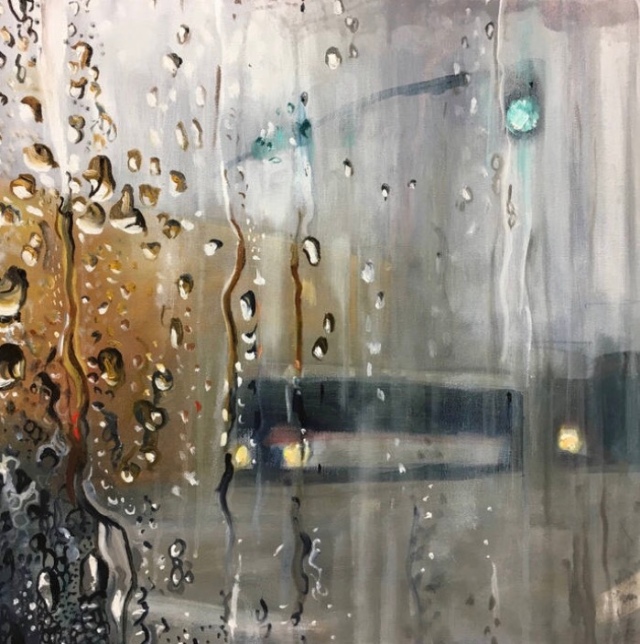 Well, hello! Listening to Dr. Something was definiately something. In fact it was a bit like going through some kind of transformation. At first I didn’t have a clue if this doctor was a quack, but at the end I felt that there is no way that this paranoid feeling is justified! … This Dr. Something has indeed something for everybody & yes, that might be a bit of something to open yourself up for, but once you tossed your distrust away; you will see that this doctor ain’t at all like Dr. Pepper!

Yes, listening to The Transit Suite is quite something, at first I thought that this was the work of a choir of Lolling trolls, I felt obliged to LOL along, but slowly and surely I became aware that after the lolling something more serious had been cooked up. It was something more heavy, a thing that could even fit nicely in the seriousness zone. A place where academics, theater visitors and paramedics with a good high society taste could probably cling their wine glasses along too. Cling, cling; a toast on good health!

This one was named “Sunset Sunrise ” but instead of it coming across as sunny, it came over me as if it was nicely snowed under, ready to set some kind of Christmas themed sound and feel. A family themed orchestration with heavy use of the lower piano keys, who seemed to function as the red carpet for the voice of the century to flow over. Yep, the doctor has a big voice and isn’t afraid to use it either! I must say I prefer that than a injection or sipping cough syrup,

These massive vocals came across as theatrical as they are graceful, you could easily imagine them having no need for a microphone, as solo on their own they could probably tranquilize an entire football stadium full of noisy youngsters. The song mentioned something about Satan and burning in flames, but the meaning honestly went one ear in and the other out; still the whole ordeal was fascinating: what is this? A bit taken out of musical? A glorious piece of music that has a rich side while also having two feet on the ground? Who knows? At this point is was not me, that’s for sure!

It becomes even weirder with the next song, which dropped the snowy Christmas feels for a happy sounding “Beaverton TC”, which is the kind of music that made my pants drop by themselves from surprise and sheer wonder. What is all this? Chamber Folk? It made me think of Roger Whitaker’s Mexican Whistler, Seventies psychedelic and pop cheese & the many recorder sessions at school in the horrendously bad music lessons that where given by a horrible witch that smoked cigarettes in the classroom and coughed up green slime that she would spit out in a little bucket on her desk… trauma time! She had a odd sense of humor, letting only kids sing who couldn’t sing, just to make others laugh at them. Recorder playing was the relieving part of the class, but things got worse when she forced every single one to line dance on Cotton Eye Joe…

You see? The trauma still sits deep… deep enough to infiltrate this attempt to a review for this EP by this respective Dr. something. At this point I’m not really sure if it is meant serious or not, it’s hard to tell too; the bandcamp info and name (+the official picture of the Dr. Something) isn’t giving me the satisfying answer of it being serious or that it might be all part of some kind of persiflage of some kind of music mixture that we haven’t heard of yet… but things will change!

Besides, I really like the psychedelic seventies vibes and Roger Whitaker’s ‘The Mexican Whistler’ might be still one of those tunes that tickles my fancy, so part of me really wants to hug this silly song, while another part of me wants to dig a hole, jump right in and pretend to be a happy-go-lucky-rabbit. It’s that kind of vibe; we (me and the voices in my head) aren’t sure if we fully understand what is going on, yet we hang out here because secretly we seem to be intrigued by it all. Does it suck? maybe.. but also maybe it is actually really good? Oh, let’s say its so good to be confused! And also good to know that there is a doctor available in case anyone of us completely loses the plot!

Yep, Dr. Something is here for us and with the third song “Gateway Transit Center Leads to Harder Transit Centers” I feel as if the music is the straitjacket that holds me tightly near the speakers, like a medicine that you need to swallow to get better even though you might think otherwise… It’s a nice song though, full of vocal harmonics and pronounced in a way that I feel that non native English speakers would benefit from listening and singing along. And indeed after hearing it a couple of times on repeat, it for sure became the song that I felt to ‘pom pom’ along with.

The more time I (and the voices in my head) spend with the music and songs by Dr. Something, the more I (and them) started to enjoy it. When listening to “Gresham Central Living Room” I felt as if my ears opened up, my heart started to blossom and let the sound of the Doctor in for a most warm welcome. Here the true musicality seemed to flourish in such a way that I was sure that even if Dr. Something had a sense of humor in their output somehow, the music and the quality of it all was actually pretty much amazing. We all agreed that this was music that non of our personalities could ever make, even if we wanted too: Dr. Something is outstanding in songwriting, composing, delivering, producing and showcasing true musicality that many of us could only dream off.

I wonder why I’m so surprised, after all it’s a Doctor and we all know that they probably have studied a lot more to become what they are in society. I mean, just listen to these wonderful piano tones, these lovely words pronounced and sung so elegantly, those that comes across as honest and strong. If anything, I feel that Dr. Something would be the perfect leader to lead us to a beautiful private place where we could be happy and have a good life. I don’t know why, but just by listening to this song makes me trust Dr. Something. With those vocals, baselines, drums and a great hook to lift us all positively in the air, it is clear that Dr. Something might be our light and savior, one that we should take seriously and be delighted to hear and follow. wherever this music is going to take us; it will be a positive spot!

For the last song ‘Clackamas Sunset’ it feels as if we are witnessing a positively bright and happy version of singer songwriter Vashti Bunyan, it might be a huge secret, but gosh me and the voices in my head adore this kind of music. It makes me feel as if we are all picked up by a group of angels, who bring us to a nice cottage in a beautiful forest for a lovely life among happy woodland creatures, fruits, berries, fresh water and edible mushrooms. Dr. Something makes me feel happy and safe, sketching a warm loving future in which emotions are warm and pleasant & all doubts about sincerity or parody have gone out of the window, ready to make place for a justified realm full of peace and loving! Finally we have met a Doctor that we like to visit more often!
https://drsomething.bandcamp.com/album/the-transit-suite
<KN>

1 Response to Dr. Something – The Transit Suite