Calling Yuri’s Föhn to find out about the Hacked Telephone Mic Workshop!

I recently got notified about a workshop that you might find well interesting!
apparently it will happen in the daytime on Saturday 23 November at Gifgrond and there are still a few spots left… I thought to call up music instrument inventor and ‘phone mic hacker’ Yuri Landman for some more information. You can read the transcript below as we do not have any secrets!

In this workshop we hack an old telephone in a radio voice mic.
A simple to follow step-by-step hands on DIY workshop in which you learn to solder. Suitable for everybody, no special skills required. In addition to the phone hack, the mic is employed with a so called ‘kill switch’ that mutes the sound when you press it. This can be handy in live situation to avoid undesired feedback and you can create nice vocal stutter effects with it. The kill switch is typically known among guitarists as the effect Tom Morello (Rage Against the Machine) has on his guitar.
The mic will have a jack output which is convenient in combination with guitar pedals (reverb and delay sound specifically good with this mic).

KN: hello, hello, is this Yuri?

KN: I heard you are giving a Hacked Telephone Mic Workshop & in all honestly wanted to ask you if it is possible that the phones that you or me are using right now, might actually be equipped with a hacked telephone mic? And if so, how do we know? In slight other words; could a hacked telephone mic still be used for actual phone calls?

Yuri: no, we modify the horn and the receiver into a microphone with kill switches. Phones work on electricity. Our system is passive and requires external amplification.

KN: how will a voice sound like when going through the final hacked telephone mic?

Yuri: like an old telephone/radio voice. Crispy, lofi and sharp.

KN: when I read about your workshop I immediately thought of an old school dialup phone, or those fancy older designs from the eighties. I realize that new generations grow up with modern day mini computers and calling them ‘phones’ are probably not aware what an authentic phone before those pocket computers will look like. So I was wondering; can this hacking be done to any possible phone? & in general what would be the ideal kind of phone to do this with, in your experience?

Yuri: Yeah this is the question!!!
Through this hack I became very well informed about all the telephones that were produced in the past.

The oldest (black) bakelite ones sound good, but are expensive, difficult to get, often suffer from bad electronics, old internal cables. The horn breaks if it drops on the floor and you can not really build in the kill switch easily.

So that is off the list, I don’t want those.

Then there was in NL the Ericsson T65. This was basically in every house in the 70s. First you had the light grey ones, then they released a rainbow of different colored editions. Also you first had dial and then had push numbers.

The black and light grey phones are available as a table model or as a hanging model. For my interest I only work with table models. You want it to be portable as an artist.

One annoying aspect is that old phones are widely promoted in interior magazines as a must have living room deco object. So the mags and morons who follow their advices are ruining my market. I hate them. The other colors are more expensive than the light grey ones.

These models are very populair among the people who bought hacked tele mics from me. Good sound, and what is good about this model is that you can swap the ear and mouth piece. In all hacks I use the ear speaker as the mic. The mouth piece doesn’t work passive.
With the T65 it is possible to turn your punky tele mic into the Lionel Richie Hello edition. This is not possible on other models. Handy for theater performances.

I hacked one Danish comparable model. They also had that model in France I think and some other countries. The brand is Bell if I remember properly. Those are harder with the ear to mouth swap. For the other aspects very similar to the T65.

Other vast produced models that are good:
Siemens Univox and Diavox. I don’t know if you can swap the ear and mouth in those. Have to check that. Both sound good. The Diabox I regard elegant in design and those are produced in many different colors.

Ericsson Cobra is very collectable. Logical, since the design is an art piece. Difficult to access for hacking. Not recommended to start with.

Bell published a funny transparant phone with a lot of colors in the intestines.
Ericsson T65 is also available in a transparant edition.

My favorite design is the Ericsson Twintoon or 120. They came out in white, grey, black and red. This one has a good sound, is easy to hack and is indestructible. Very handy for on tour. 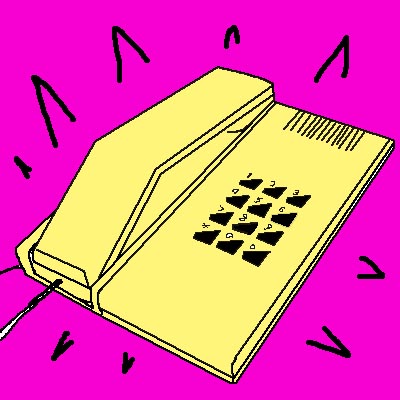 A specific group are the test phones used by the engineers. Very odd and rare models. I’ve a fantastic yellow dial one from Bell from the States. You can find them on Ebay, not so cheap though, but you look cool with it on stage! 😎

At the end of the 80s most European countries started privatizing their phone industry. This resulted in vast amounts of different newer designs. I recently learned about three ways to construct objects: screw, click or glue.
This is with phones a time line. The hackability of it is reverse to that order. The newer the badder.
In the ninties also wireless became available. Still possible if you drill a whole for the audio cable, but I don’t even try. Most models are too heavy to open.

This was my lecture on phones!

KN: in the Worksop description there is a notice that there is a possibility to hack the phone mic but also the receiver. Sorry if I’m asking perhaps dumb questions, but they are genuine; What does it mean if the receiver is also hacked? Does it mean perhaps that you will get two kinds of microphones? Or does it mean something else? Could you explain the benefits of the horn and the receiver both being hacked?

Yuri: The receiver becomes a on/off switch. Phone mics easily feedback, so you want it dead when you put it on the table while you play guitar for instance. Also the dial phones can be hacked on the dial with an extra separate output. That is nice in combi with guitar pedals or a modular synth. But for some odd reason sometimes it gives no signal. Direct in my amp works, in my mixer not, in my distortion pedal it works, in a vintage boss drum pad again dead. So it’s a bit of a search with which device you can combine it. The dial hack is not part of this workshop.

KN: could you use the hacked phone mic also for other things next to your voice?

Yuri: Perhaps. I’ve never did anything else with it. I can imagine it works well in combi with a harmonica. 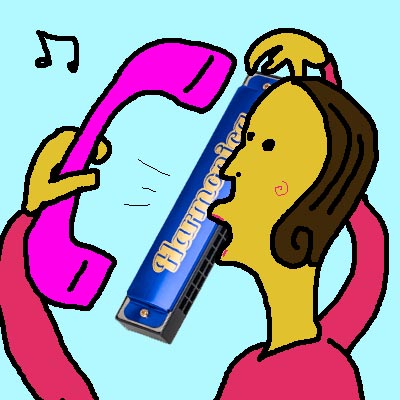 KN: are you aware of any bands or musicians out there (minus yourself) that use a hacked phone mic in their songs or performances? If so, can you give perhaps an example?

Yuri: It’s done by many other artists. Bob Log III is probably the best known artist. Lightning Bolt use something similar in their masks.

KN: The description of the workshop was quite to the point in that it can be made by everyone, no experience needed… are children also welcome?

Yuri: Only with parents guiding them with the soldering. It’s hot, and smells funny when you burn skin with it.

KN: if me, or anyone here (that reads the transcript of this telephone call) would join the workshop, do we need to bring something from home? Like tools or lunch?

Yuri: Nothing and specifically no lunch. We solder with lead and you don’t ear or drink during the workshop for that reason. You wash your hands and then we walk out to eat something greasy, salty, dirty.

KN: how much will it cost to join this workshop? 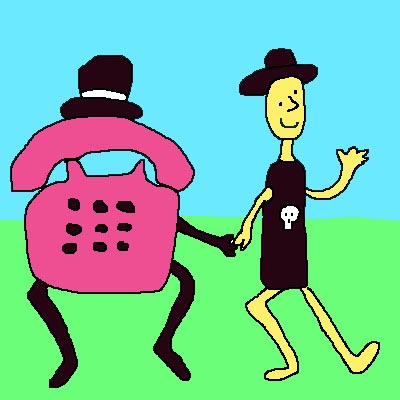 KN: thank you Yuri for picking up the telephone and explaining it all a bit more to a genuine idiot. I really hope to come… is it possible to walk in on the day? Or simply said; how do we sign up for the Yuri Föhn Home – Hacked Telephone Mic Workshop on the 23th?

Yuri: you have to contact Gifgrond. (info@gifgrond.nl) They take care of the registrations.

KN: for people that read this and aren’t able to make it to the workshop, but are very interested in obtaining a hacked phone mic, are there ways for them to get one without building it themselves?

Yuri: Yes, I sell them also. You can mail me or order it through Etsy. 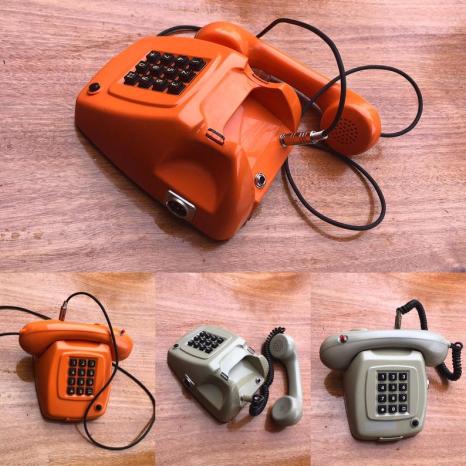 KN: in the evening after an afternoon of phone mic hacking, you will be performing too on Gifgrond. Will you use the hacked phone mic for your performance and make everyone green of jealousy that missed out on the workshop?

Yuri: Yes it’s my mic in the live set.

KN: After this special opportunity, will there be more opportunities to join one of your workshops to perhaps learn how to build more awesome and useful music things? How and where can we follow you?

KN: perfect! I’ll spread the word as soon as we hang up this phone call… Thanks again for answering and wish you a genuinely a lovely day! It really feels good to make an authentic call so once in a while!

Yuri: thank you too!

—-
the workshop will be on 23th of November from 12:00 to 17:00
To join this very interesting workshop and all-round opportunity to make and get your own  hacked telephone mic, please do sign up by sending an email to info@gifgrond.nl

2 Responses to Calling Yuri’s Föhn to find out about the Hacked Telephone Mic Workshop!