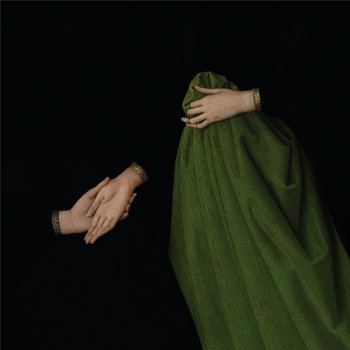 If you thought that it would be a joyful experience to see ‘An Artist Resting By The Roadside’ than the music done by Philipp Bückle has an drastic other opinion. The music here makes this scene of ‘an artist resting by the roadside’ into a dramatic one; coming across like this ‘resting’ artist is all bones and no meat. Is it really a resting artist, or perhaps is the artist homeless, begging for a coin to finance the art of alcoholism?

The tape release moves on with ‘The Sunken Road In Winter’ which leaves our encounter with ‘the starving artist resting on the roadside’ somewhere in the forget section of memories. Here we can hear a nice arrangement of loosely clicking sound-clicks, and a warm but yet winterish sounding drone-ish construction. The feeling of sadness is a bit withheld in this audio work, giving it more an atmosphere for consuming hot chocolate milk, and the act of wearing gloves with butter cookies inside.

Another envisioned vision translated in sound is what appears to be ‘Ships Sailing And Beating Up Against The Wind In The Sound’. This soundtrack is rather interesting as it has a certain organic undertone, as if there is a melody somewhere stuck in there. Something that is played on a drunk harmonium, with an old crackling gramophone record spinning on top. It’s nice and fuzzy, making me feel like I’ve been overdoing the absinth drinking session a bit too much; but also as if it’s a comfortable track to be actually drunk in.

Philipp Bückle has more up his sleeve and actual proof is a track named ‘Interior Of The Oude Kerk During A Sermon. It’s just two minutes in length but these two minutes are intensive material. It’s as if the theme is expressed in pure abstractness and minimalism; making it a scene for a nihilist that likes to sit at the edge of their chair, while they attempt to spot musical interference within the audio signal.

Another poetic title comes in the form of ‘Norwegian Timber House With Snow’. It’s a warm fluffy sounding atmosphere, yet again very abstract and difficult to really define or write about. Personally I can’t really see this describing a ‘Norwegian Timber House With Snow’, I see more a close up of a blurry green winter coat. Snow maybe melting on top of it, and it might even be on the floor next to an abstract fireplace.

Mister Bückle’s  ‘A Storm Brewing Behind A Village Church’ respectfully puts up a cinematic sounding track that could be used in his own films. I’ve never seen them, but can imagine it being the ones that are grainy, moody, atmospheric, black and white (or grey) visuals, that have nostalgic themes to it. 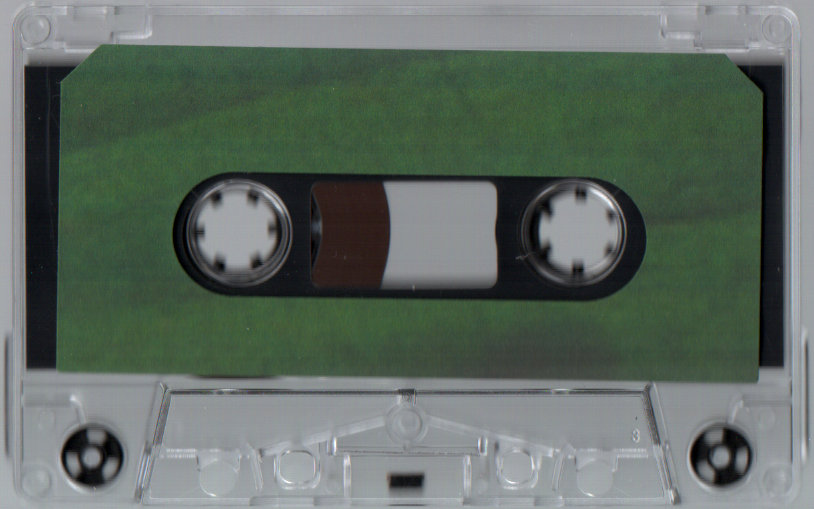 ^ The Tape with ‘Drawings’

The next stop is ‘Landscape Study With A Bridge Over A Gully’ which is basically exactly that what it is suggesting. If Philipp Bückle was a painter, he would have brought his easel and painted the scenery; but now he brought a microphone and painted it with audio in the canvas of ears.

‘View From The Artist’s Window’ is one that is calmly sliding in like bread inside a toaster burning in slow motion. The slow but warm ambient gets help of muffled crackles and it might remind people of a needle on a record player, or perhaps on the sound of a Italian espresso machine boiling softly through the coffee bean puree.

A more sinister part on the release might be ‘The Road Leading Past A Place Of Execution’. It is indeed a bit grimmer sounding, but the actual experimental trumpet look-a-like is giving a positive spin and vibe to it. Is this perhaps the melody of a true pessimist? Or is it the whistle of the executioner who only is there simply to do a job?

Another picturesque track and title is ‘Interior With A Young Couple And People Making Music’, the scenery in sound is yet again abstract, having a sweet buzzing noise to tickle the imagination, bringing it closer to avant-garde and art gallery speakers.

The final frontier, aka the last track on this album named ‘The Artists’s Shelter On The Moors In Jutland’ smoothly spreads itself out over a lengthy piece of time. Here we can find a certain peace and relaxing attitude. This is the end of the second album in Philipp Bückle’s ‘Paintings’ trilogy, which is also the first time the artist actually delivers his music under his own birth given name. The Bückle family can be proud with this artist spreading the family name in artistic sound circles.
You can buy these audio ‘Drawings’ on tape from Invisible City Records over here:
https://invisiblecityrecords.bandcamp.com/album/drawings