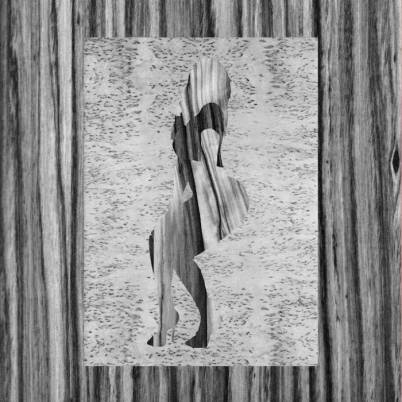 A split between two people is like a dance of four wide spread legs on the floor touching each other’s toes; if all legs involved aren’t the same size it might turn into a tricky situation. Music wise it simply means that some splits don’t work and others work like two hands on the same belly. This split between Agnès Pe and Niebla Fascista is one of the last kind, yet these are no ordinary hands on a ordinarily belly; these hands and belly are pure and lots of fun too!

Why my spies never told me this epic event was available on cassette will result in some unpaid employees at YIKIS getting fired, but at least they will be packing their bags with a energetic and feel good soundtrack, as I’ll blast this tape as loud that the door leading to the way out will be blown open all by itself!

It’s a blast of a time that happens on the cassette! Agnès Pe throws in the happiness, the spontaneous playfulness & the fun that you feel connected too and yet so new that it will always surprise you. I can’t put my finger on it and say this is what I like of this sound and style unless it would be a gigantic enormous finger to basically point at the entire music piece at the same time. It’s so much fun that it really feels that this needs to be shared, spread and cared for; making it a tape that should not be just kept for a greedy collector at home but should be going around from listener to listener.

Perhaps even just stadiums filled with people and a cassette deck on stage with a microphone and this tape playing to reach as many listeners as possible. Why? Because instead of dread we all need to cheer up, feel the love’, the originality, the (I love this word!) spontaneity of it all! It will make you and whoever hears it: happy!

Also energetic is the split participant Niebla Fascista that also seems to experiment like a crazy train on fire. We can pick up some jolly good stabs of expressive material and it is pretty up and in a person’s face. Niebla even seems to sing and that alone is already enough to go and run around while pulling your own hair out (I know pulling someone else their hairs out is a lot more fun but also very wrong… Please don’t do it… Thank you..) If played in this suggested way for a crowd filled in such a stadium you can imagine the roars of the bewildered audience going even more berserk than at a local football game. 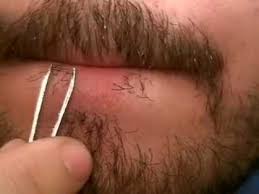 The audio is all sounding masterfully mastered by master of the mastering
Agnès Pe herself and the pretty cover artwork (which when played in a stadium situation should be printed on posters, flags and projected on a huge backdrop) is done and created by Nadia Barkate. So we might even call this release a triple split! But a better description is ‘pretty damn good!’
http://www.nuenirecs.com/004agnèsnieblasplit.html
<KN>