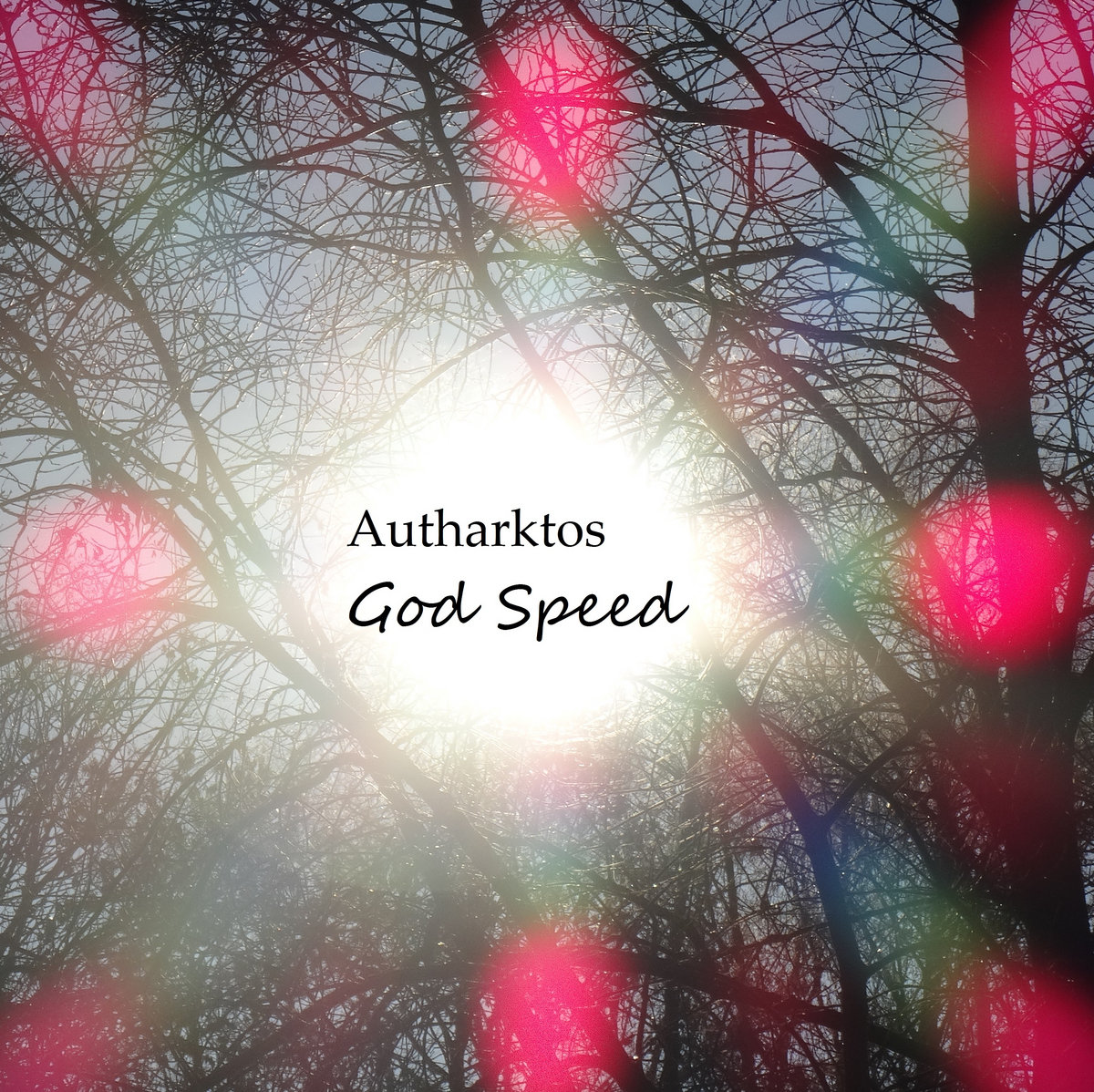 ‘God speed’ is to me a title that suggest something speedy like the speed of a ray of light, but upon hearing the music this idea quickly disappears to nowhere. This ‘God Speed’ is taking it as easy in the tempo in which a creative weavy spider would feel at ease. Just image the spider drunk from eating a delicious fly, bungling from his own ass-rope attached to its own web. The music seems to bungle in a certain wonkiness that recalls memories of being drunk while swinging in a swing in a playground. It might look a bit strange, but for the drunk swinger it certainly is a good time. This track is invoking a pretty bizarre effect, but within this strangeness it also keeps a certain classy dignity. The little noises and synth weeps adds to the main theme of the drunk god-like spiderweb creator dangling in the air.

The track named ‘He Wanted To Die On The Shore Of Great Slave Lake’ is another moving movement of experimental audio. This one comes across quite loopy, a bit like a monkey on the moon using it as if it is a Dutch wipkip or perhaps a banana. It sounds quite playful and is convincing enough for me to probably convince the listener to be that monkey and enjoying the pretty hypnotic music with legs, arms and monkey tail.

Compared to the playful ness of the previous track, the one named ‘Krieni’ comes across more serious, creating a relaxing ambient atmosphere with everybody’s favorite resource of warmt: duty crackles. The music here is one to relax in, to enjoy the strange heartbeat on speed in the deep background, the natural mood of beauty chilled explorations of electronica. This track fits with the cover artwork..

After being relaxed and pampered by ambience, it’s nice to discover a combination of fun and chill. The track ‘Lostsoli’ brings the vibrating tone that fills up the ears like a hollow tube filled with sound.
The enjoyable playful sounds that play around it in a game of experimentation made me imagine a group of space monkeys climbing in trees and sliding down. It’s a nice activity to watch but also fun enough to hear and get your own game started.

In ‘Perverted By Language’ we can all be a little bit intimidated by a so called perverted voice who speaks in a language that is difficult to decipher. It is probably English, but it sounds so vaporized, that it becomes more a dada-ist music instrument than a everyday perverted expressing dirty words in our descent ears.

The last track is ‘Veiji’ which is one that goes again for a more calm approach. Calm it might be, but it is also the first track on this release that actually features a beat. It is very soft, muffled in lo-fi; but yet very persuasive in its pounding. It’s like a rhythm stick that beats to keep the hypnotic ambient at ease and confined on the album. If you are into experimental music that mixes playfulness and hypnotic relaxation in one go than this will be something you and your monkey would enjoy.
Free download at the following link:
https://autharktos.bandcamp.com/album/god-speed
<KN>